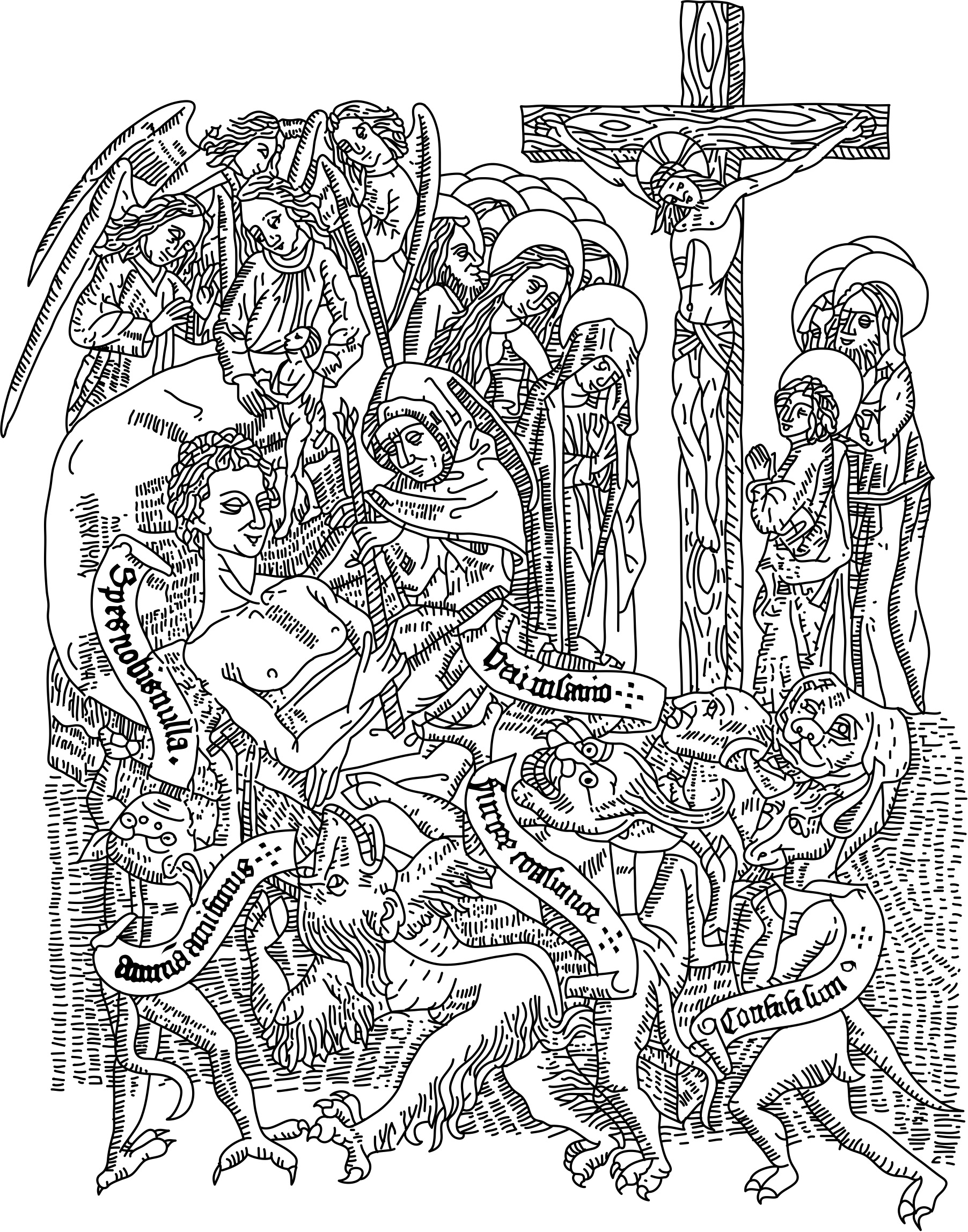 Threnody always had a temptation for themes related to death, religion, moral justice and faith. Hence a fascination for Ars Moriendi: The Art of Dying was not coincidental: A chapter outlines the five temptations that beset a dying man, and how to avoid them. These are lack of faith, despair, impatience, spiritual pride and avarice. Symbolic was the cover of the “Profanation” demo,  a woodcut picture: “Triumph over Temptation” (1465), combined with the fact that both Henry and Rene have it as a tattoo.

It was also the first print of a Threnody shirt and so you should meet Karl, vocalist of Bolt Thrower, who is telling everybody how much he likes his shirt 😉

This site uses Akismet to reduce spam. Learn how your comment data is processed.